Swarm robotics has the potential to revolutionize the robotics world, as swarm systems can tackle a wide range of applications more effectively and efficiently than any single robot. In swarms, no single agent, or group of agents, is in control. Nor is there a central knowledge or master overview of the swarm's state, it's goals, priorities, or the general environment it's located in. Stigmergy is a key factor in the coordination of swarm systems as it enables the emergence of global intelligence through the interactions agents have with stimuli found in the environment. Agents leave traces of their actions within a medium, such as the environment, which then increase the probability to prompt new actions when sensed by other agents. A famous example are the pheromone trails left by ants whilst foraging. To date, stigmergy has mostly been confined to simulation-based or table-top experiments. However there exist a few exceptions such as using RFID tags as the medium for stigmergy, or tying the pheromones to the robots themselves. Contrary to past efforts, which have tried to mimic biological mechanisms and found those hard to realise in hardware implementation, my research focus is to leverage modern scalable technologies, such as cloud computing, the Internet of Things (IoT) and embedded distributed devices, to bring stigmergy out of the laboratory and robot swarms into the real world. My current research hypothesis is thus: "It is possible to extract general principles subtending stigmergy-based swarm systems, and use modern technologies, such as GPS, IoT and Cloud computing, to apply them to real-world robot swarms, in order to improve their scalability, flexibility and robustness."

I graduated with a 1st class honours in BEng Computing and Electronics engineering from Heriot Watt University in 2016. Before this I studied at the Royal Academy for Music and Drama for two years studying Jazz Trumpet under the tutelage of the saxophonist Tommy Smith and trumpet player Ryan Quigley. Along with the female PhD students in the centre, I help run Women in Robotics Edinburgh (WiRE) where I am responsible for managing the group's social media accounts https://twitter.com/womenroboticsed https://www.facebook.com/womenroboticsed I was the secretariat for the local organising team for the European Robotics Forum in Edinburgh in 2017, which involved: managing the info@ address; creating and sharing agendas for meetings; creating and sharing minutes from meetings; organising logistics such as room bookings, scheduling meeting times; assisting with organising of volunteers; assisting with managing conference bags; assisting with general duties where required, both during planning and the forum. http://www.erf2017.eu/ https://www.edinburgh-robotics.org/news/201706/spirit-heriot-watt-award-... In my spare time I really enjoy taking part in and coordinating outreach activities to encourage more young people, particularly women and children from deprived backgrounds, to consider robotics as a viable option for their future. I volunteer yearly for the Scottish heats of the First Lego Robot League competitions, I helped coordinate and took part in many activities during the Heriot Watt Year of Robotics in 2017 and I, along with Boris Mocialov, run most of the activities in the Heriot Watt Robotics society. For my volunteering efforts in the past year, I was awarded a platinum award for volunteering (300+hours) from the Heriot Watt Students Union in March 2018. 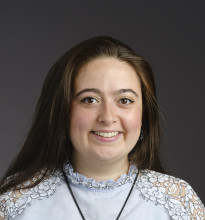