The paper can be viewed here.

In this paper we propose a method for robust dense RGB-D SLAM in dynamic environments which detects moving objects and simultaneously reconstructs the background structure. Dynamic environments are challenging for visual SLAM as moving objects can impair camera pose tracking and cause corruptions to be integrated into the map. While most methods employ implicit robust penalizers or outlier filtering techniques in order to handle moving objects, our approach is to simultaneously estimate the camera motion as well as a probabilistic static/dynamic segmentation of the current RGB-D image pair. This segmentation is then used for weighted dense RGB-D fusion to estimate a 3D model of only the static parts of the environment. By leveraging the 3D model for frame-to-model alignment, as well as static/dynamic segmentation, camera motion estimation has reduced overall drift — as well as being more robust to the presence of dynamics in the scene. Demonstrations are presented which compare the proposed method to comparable state-of-the-art approaches using both static and dynamic sequences. The proposed method achieves similar performance in static environments and improved accuracy and robustness in dynamic scenes.

The paper can be viewed here.

In this paper we investigate the application of semi-dense visual Simultaneous Localisation and Mapping (SLAM) to the humanoid robotics domain. Challenges of visual SLAM applied to humanoids include the type of dynamic motion executed by the robot, a lack of features in man-made environments and the presence of dynamics in the scene. Previous research on humanoid SLAM focused mostly on feature-based methods which result in sparse environment reconstructions. Instead, we investigate the application of a modern direct method to obtain a semi-dense visually interpretable map which can be used for collision free motion planning. We tackle the challenge of using direct visual SLAM on a humanoid by proposing a more robust pose tracking method. This is formulated as an optimisation problem over a cost function which combines information from the stereo camera and a low-drift kinematic-inertial motion prior. Extensive experimental demonstrations characterise the performance of our method using the NASA Valkyrie humanoid robot in a laboratory environment equipped with a Vicon motion capture system. Within our experiments we demonstrate pose tracking robustness through several challenges such as sudden view change, motion blur in the image, change in illumination, tracking through sequences of featureless areas in the environment. Finally, we provide a qualitative evaluation of our stereo reconstruction against a LIDAR map.

Underwater navigation is difficult. EM waves do not propagate well and therefore GPS is not available. It is also a largely unstructured and feature-poor environment where terrain based solutions are challenging to apply. The problem is traditionally tackled using a combination of expensive inertial sensors and acoustic based positioning systems requiring careful deployment and calibration and limiting the operational area of the system. The project will research novel techniques in navigation using a mixture of assets (surface vehicle with GPS, underwater vehicles with INS and acoustics) to optimise their localisation whilst maximising the communication bandwidth available between the various assets. The system will be developed in simulation first, using our in-house simulation tools and then ported onto the vehicles acquired as part of robotarium to validate the system in real conditions. 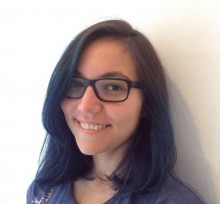