An interactive touchscreen display has been installed in the Bayes Centre foyer, providing further information about the NASA Valkyrie. 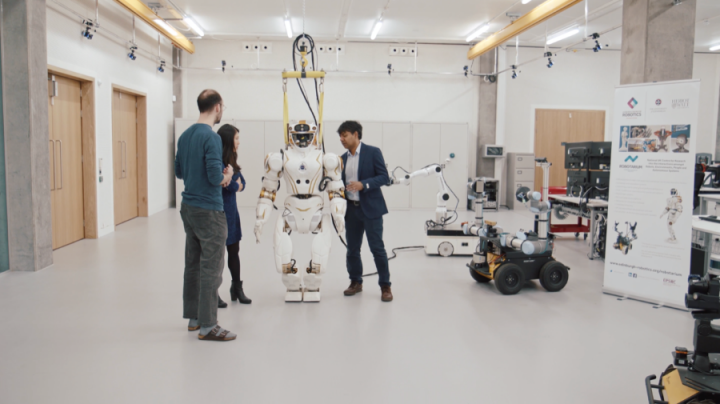 The R5, commonly known as Valkyrie, is manufactured by the National Aeronautics and Space Administration (NASA) in the USA, and was designed to be a robust, rugged, entirely electric humanoid robot capable of operating in environments that are unsafe or inaccessible to humans.

Standing 1.8 metres tall and weighing in 125 kilograms, the Valkyrie is one of the most advanced humanoid robots in the world. It is hoped that in the future robots like the Valkyrie will be sent to Mars or other planets for ‘pre-deployment missions’ to prepare habitats and work environments for human missions.

Steady on its feet

This state-of-the-art robot has 44 motorised joints and is powered by two Intel Core i7 computers, capable of sending and receiving over 500 signals per second.

This is required to keep Valkyrie balanced on two feet while walking, and allows it to make sense of its environment by processing signals from its stereo camera and various other sensors quickly, enabling it to complete its tasks.

In collaboration with the Edinburgh & South-East City Region Deal and its Data Driven Innovation Programme, the Edinburgh Centre for Robotics created a virtual interactive touchscreen experience of the Valkyrie robot. This was first unveiled at the National Museum of Scotland’s Robots Exhibition in January 2019. The exhibition at the National Museum of Scotland was a great success, attracting over 60,000 visitors and receiving excellent reviews. 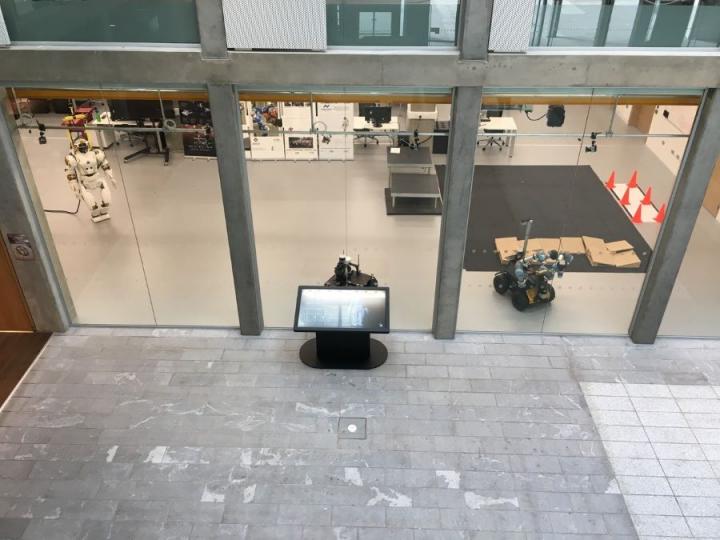 Now, the NASA Valkyrie interactive touchscreen experience will be on permanent display in the foyer of the Bayes Centre. It is located directly in front of the Edinburgh Centre for Robotics' Robotarium East, where you might see researchers working on a variety of other robots. The Bayes Centre is fully accessible, and public areas are generally open between 9am and 5pm on weekdays.