Dr Patricia Vargas on why we need more women in STEM 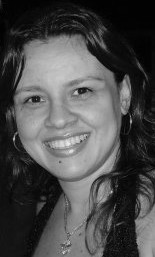 Dr Patricia Vargas has contributed to an article that has appeared in Refinery29 magazine entitled 'Why There's A Shocking Lack Of Women Working In Science, Tech, Engineering & Maths.' Her experience differed from many other young girls who were actively encouraged to become involved in STEM subjects when she was told that her passion for STEM and robotics as a 'man's career'. However, Dr. Vargas was clear that if someone tells her she can’t do something she wants to do it more! Dr. Vargas talked about her home country of Brazil where many girls live in poverty and have no access to computers let alone female role models. She spoke about WIRE (Women in Robotics in Edinburgh) which is a group in the Edinburgh Centre for Robotics that reaches out to young students providing them with access to female mentors. The full article has been pubblished and is available to download on the Refinery29 website.