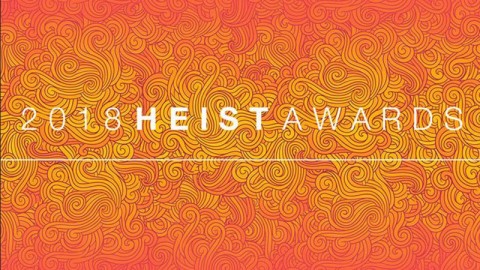 Heriot-Watt has been recognised with one of the country’s top marketing honours for its Year of Robotics campaign. The University was one of only six institutions shortlisted in the prestigious 2018 Heist Awards held in Manchester on Thursday, July 13. We won a ‘Gold’ award in the category for Best Marketing Initiative to Promote Research Excellence for its Year of Robotics, beating off stiff competition from leading universities including Imperial College London, Manchester and Glasgow.

The Year of Robotics campaign was held throughout 2017 with a packed calendar of events spanning schools, the public, academia, industry collaborators, funders and policy makers. More than 1,800 school children and 13,000 members of the public became engaged in this effort. Accepting the accolade on behalf of Heriot-Watt and the team, Martyn Spence, Director of Marketing and Communications, said: “It is a tremendous honour to be once again recognised with a Heist Award for a campaign that really captured the imagination and delivered on all levels.

“It was always our intention to reach out to a wide audience across various countries and, I’m proud to say, we worked together to achieve this goal whilst successfully promoting the University’s world-class reputation for Robotics, Artificial Intelligence and Human-Robot Interaction. This award is testament to the dedication and team work of a university-wide group of academics and professional staff who demonstrated a real passion for their research and a willingness to work together to reach audiences as diverse as school children and senior government ministers.”

Martyn Spence, Director of Marketing and Communications at Heriot-Watt University

The Year of Robotics was carried out in partnership with academics and staff from across the University as well as a project group led by the Heriot-Watt Engage team.

Commenting on Heriot-Watt’s latest achievement, the judging panel said: “Heriot-Watt University have triumphed with this shining example of world-class UK research. This initiative is a masterclass in showcasing research and making it relevant to a number of audiences and was an out and out winner with the judges.”

For almost three decades, the ‘Heist Awards’ has been synonymous with excellence and innovation in education marketing.