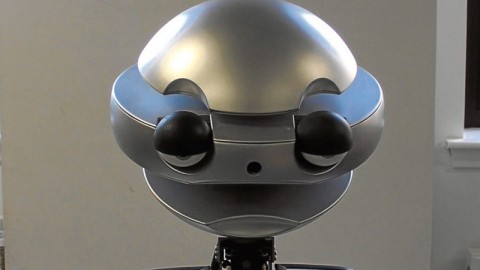 A team of academics from the Edinburgh Centre for Robotics have discovered that robots can make humans sleepy. About half of adults yawn after someone else yawns due to a universal phenomenon called contagious yawning. Volunteers who watched the EMYS android robot that mimicks the sounds and signs of sleepiness found that they too developed the urge to yawn. The discovery could help scientists design androids to help around the home.

Assistant Professor Dr Frank Broz, who carried out the research with psychologist Dr Hagen Lehmann, said the sample of 34 volunteers – more than half female – revealed "a statistically significant" urge to yawn after watching the robot do the same. He said: “We have a robot here who has a head and a simplified face that can make expressions and has a movable jaw, and so we programmed yawning behaviour and accompanying sound with it. There did seem to be an effect, a very promising preliminary result. We are particularly excited about this finding. It could be used to improve the naturalness of interaction between robots and humans.”