Ever wondered what it would be like to have a robot boss or robot colleague? This is just one of the topics raised by the Socially Competent Robot (SoCoRo) team at this year’s Scottish Autism Conference. The event, hosted by the Edinburgh International Conference Centre (EICC) on 28th March, gave researchers the opportunity to openly discuss the SoCoRo project aims, and gather feedback from a variety of interested parties: parents of autistic children, academics, teachers, and adults with Autism Spectrum Disorder (ASD).

"The overall goal of SoCoRo is to design a robot that will deliver behavioural skills training for adults on the spectrum seeking employment. Alyx (the robot) will be deployed as a tool to develop the specific vocational and social requirements of clients, based on the job they are pursuing. Taking this user-centred approach to autism therapy is important, given the varied presentation of the condition. For example, some autistic adults may be socially introverted, whereas other are comfortable in conversation."

“In terms of feedback, the audience agreed the user-centred approach gave the project added value. Adults with autism present indicated they would happily interact with Alyx once familiar with it, and were enthusiastic at the prospect of a robot-based vocational training day. Dr. Thusha Rajendran, one of the project's primary investigators, wrapped up the session adding that in order for autism therapy to move forward, research and other domains should embrace the philosophy of neurodiversity. Typically, autism is perceived as a condition, with a focus on the individual and how to change them. Conversely, neurodiversity stresses the importance of individual differences, and that society should consider changing and reshaping the environment to fit people's strengths. Robots could well be the way forward in this domain, as they provide a non-judgemental social interaction partner for social skill practice and rehearsal. Thus, the reality of social robots is quite different to that painted in dystopian sci-fi; robots could help give people the tools for independence, rather than try to strip them of it.” 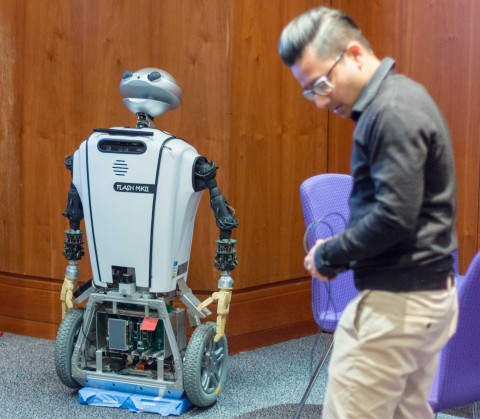 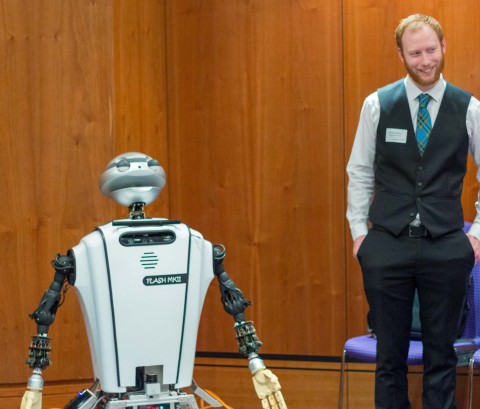 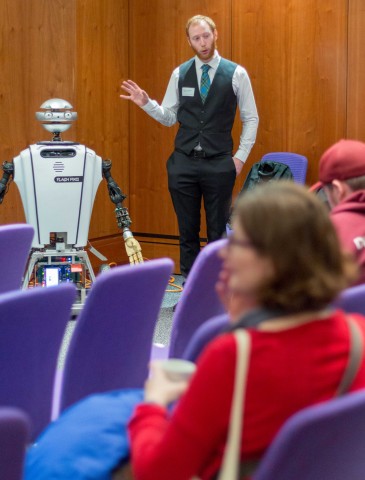 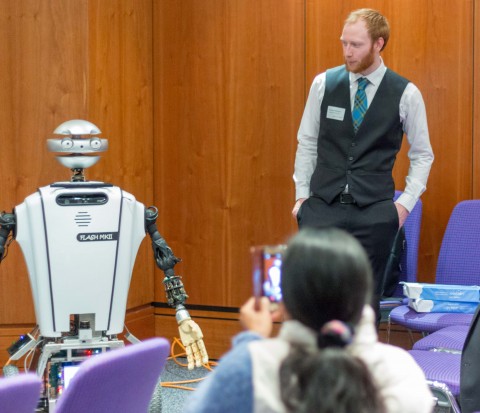