This year, the Edinburgh Centre for Robotics took part in a number of events at the Edinburgh International Festival (26th March - 10th April). Below, we detail our activities during these past few weeks.

In this year’s Tam Dalyell lecture, Prof Sethu Vijayakumar, Professor of Robotics and Director of the Edinburgh Centre for Robotics, looked at how humans and robots will work together in the future. The lecture took place on Sunday 10th April 2016 at 19:00 in the Playfair Library. His talk focused on the next generation of robots, which will work much more closely with humans, other robots and interact significantly with the environment around them. One of the main questions was: with significant autonomy devolved to the robotic platforms, will we be able to share control in a way we are comfortable with?

Through live demonstrations of robots, including the Valkyrie NASA Robot, Sethu highlighted the impact in domains ranging from self-driving cars, mining, shared manufacturing, to prosthetics and rehabilitation. Photos and a link to the video will follow soon.

Professor Sethu Vijayakumar was awarded the 2015 Tam Dalyell Prize for Excellence in Engaging the Public with Science by the Principal of the University, Professor Sir Timothy O’Shea. The prize recognises an individual or group's work in science outreach including onsite engagement, talks, and other public events or through publishing and broadcasting.

Watch the video of the lecture in The University of Edinburgh's Official YouTube channel.

Tech entrepreneur Elon Musk has predicted that AI might be the greatest existential threat humans will have to face and Prof Stephen Hawking has warned that the development of full artificial intelligence could spell the end of the human race. But is technology already hurting us? And should we put the brakes on AI before it is too late?

On 7th April 2016, Professor Sethu Vijayakumar, Professor of Robotics and Director of the Edinburgh Centre for Robotics, joined a distinguished panel to discuss this question and talk about the risks that could arise from the development of human-level artificial intelligence (AI).

The Rights of the Machine

On Monday 4th April 2016, Kathleen Richardson from the Campaign Against Sex Robots, Dr Patricia Vargas, Roboethicist and Director of Heriot-Watt University’s Robotics Laboratory, and Dr Michael Herrmann, Lecturer at the School of Informatics and Deputy Director of the Edinburgh Centre for Robotics, explored the rights of the machines and had a discussion around the following statement: In 2015, two chimpanzees in New York were granted ‘legal person status’ by a court ruling. This action has potentially groundbreaking implications in the field of medical ethics. Do intelligent robotic systems deserve civil rights? Or even human rights? 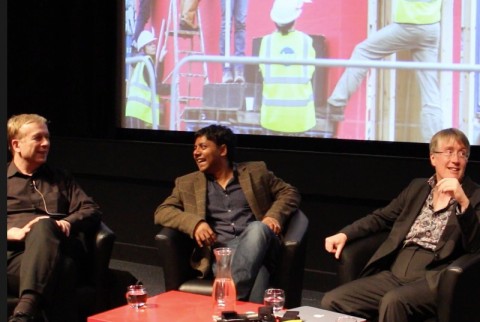 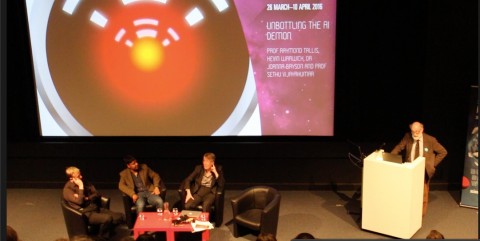 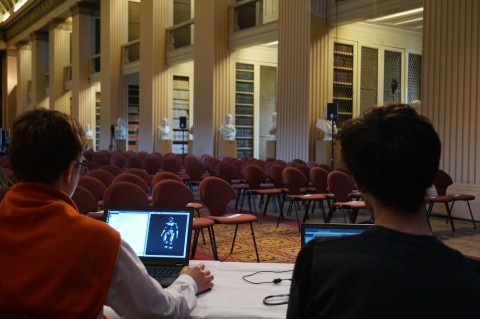 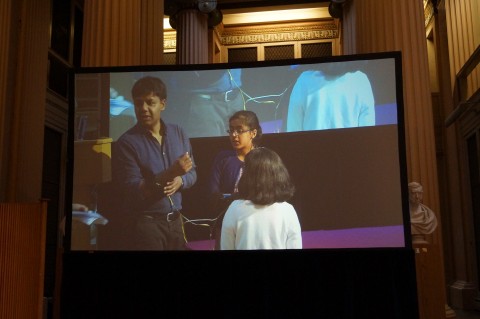 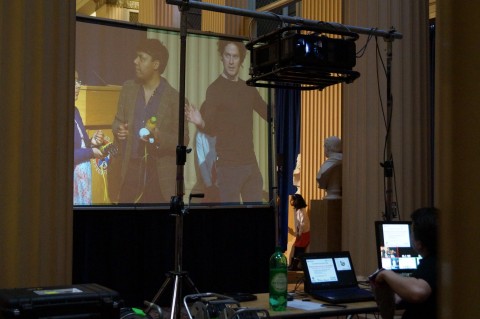 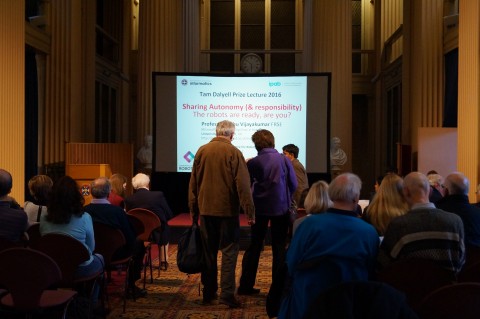 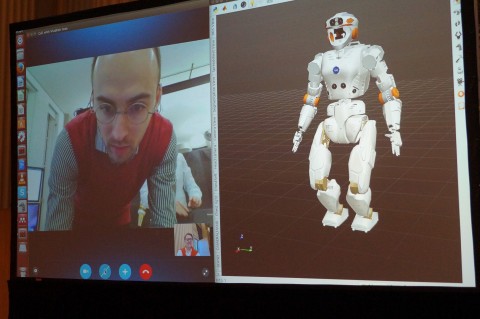