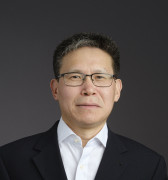 Dr. Xianwen Kong is an Associate Professor in the Institute of Mechanical, Process and Energy Engineering, School of Engineering and Physical Sciences, Heriot-Watt University, Edinburgh, UK. His research interests include mechanisms, robotics and mechatronics focusing on the creative design of parallel manipulators and reconfigurable manipulators with their applications in manufacturing and renewable energy. He has authored or co-authored one monograph (with Prof C. Gosselin) published in English by Springer in 2007, two U.S. patents and more than 200 publications in journals and conference proceedings and has secured several funds on multi-mode parallel manipulators and reconfigurable manufacturing systems from EPSRC and Innovate UK. The Russian translation and Chinese translation of the monograph were published by the Russian publisher FIZMATLIT – Nauka Publishers and the China Machine Press in 2012 and 2013 respectively.

Dr. Kong received several awards including the 2012 Freudenstein/General Motors Young Investigator Award. He served as the Programme Chair/Co-chair for the ASME/IEEE ReMAR in 2009 and 2012 and for the ASME IDETC 2016 and 2018. He is an associate editor for Mechanism and Machine Theory,  ASME Journal of Mechanisms and Robots, and Chinese Journal of Mechanical Engineering and an elected member of the ASME Technical Committee on Mechanisms and Robotics (since 2010).

Mechanisms, robotics, mechatronics with a focus on multi-arm like parallel manipulators, disassembly-free reconfigurable manipulators and high-precision complaint manipulators, and their industrial and biomedical applications at the macro-, micro- and nano-scales.