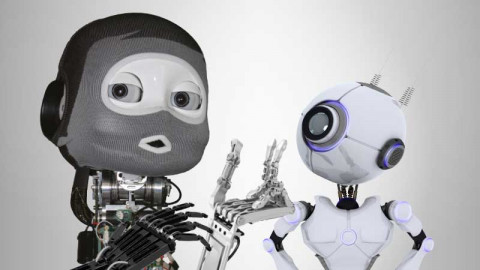 Robotics research in Scotland is set to further expand with the announcement of a £18m funding boost.

The Edinburgh Centre for Robotics (ECR), which is run by Heriot-Watt University and the University of Edinburgh is due to receive £18m to expand its successful EPSRC Centre for Doctoral Training in Robotics and Autonomous Systems (CDT-RAS), with new directors Professor Helen Hastie and Dr Michael Mistry.

The funding from EPSRC and industry will train 90 PhD students - in five cohorts - over the next eight years. Research will focus on safety and safe interaction between robots, people and their environments.

Professor Hastie from Heriot-Watt University said: “We’re looking forward to training the next generation of innovation-ready scientists and engineers in Robotics and Autonomous Systems focusing on the aspect of safe interaction, which will be key to adoption of this technology in the near future.”

The Centre is already recognised globally and currently has more than 50 internationally-esteemed academics and world-class robotics equipment.

Now, the new EPSRC Centre for Doctoral Training will be a key component of the current £120m of investment in the Edinburgh Centre of Robotics.

This investment includes the National ROBOTARIUM supported by the Edinburgh and South-East Scotland City Region Deal, as well as, the £35M EPSRC-Industry ORCA Hub (Offshore Robotics for Certification of Assets), substantially funded from wave 1 of the Industrial Strategy Challenge Fund.

Director of the Edinburgh Centre of Robotics, Professor David Lane CBE said: “Winning a second CDT-RAS recognises our success to date in science and innovation, and expands the foundational science and training platform that underpins our planned expansions into living labs, accelerators and incubators in the National ROBOTARIUM.

“We have become a core component in implementing the UK’s RAS2020 Strategy, whose success is helping to shape the nascent UK Robotics Growth Partnership.

“We are putting UK in an internationally leading position creating and commercialising core science to capture the value from the disruptive productivity gains RAS can offer across a range of sectors.”

ECR Co-Director Professor Sethu Vijayakumar of the University of Edinburgh and Co-Programme Director for AI at the Alan Turing Institute added: “During the four-year PhD, our students will have the opportunity for placements with prestigious international research labs, with our industry partners and with leading Turing Fellows in the area of safe, ethical and verifiable Robotics and AI. I wish I could go back in time and do another PhD!”